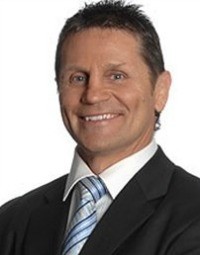 Wayne’s many rugby league accomplishments include being voted ‘Players player of the tour’ for the undefeated 1982 ‘Invincibles’ Kangaroo Tour, winning the Harry Sunderland medal as Australia’s best player in the 1984 test series against Great Britain, and captaining the New South Wales Origin team to the first ever clean sweep in 1986. Wayne later coached the Blues in 2000, when he became the only person to both captain and coach a series clean-sweep in the history of State of Origin.

Wayne’s contribution to rugby league and the community was sighted when he was honoured with a Medal of the Order of Australia in 1988. And these days his undying passion for the game of rugby league is still fuelled in his role as an inaugural member of the Australian Rugby League Commission.

Wayne’s strength of character and commitment to optimal performance is also now fervently focused on the corporate world. He is directly involved in all services provided by Wayne Pearce Advantage and his aim, when working with an organisation, is to help it transform from a place where people simply turn up and do their job to a place where they want to do their very best as individuals and as a team.

Over the past thirteen years, Wayne has built up an impressive list of clients such as Bunnings, Harvey Norman, Telstra, ANSTO, Commonwealth Bank, John Holland and Coates Hire but you will never catch him resting on his laurels. Wayne is an innovator who continues to refine his programs in pursuit of best practice methodology. Just as he did during his legendary rugby career, Wayne stays ahead of the game by applying the latest research in psychology and neuroscience so his clients get the best possible outcomes.

Wayne's passion and dedication for the psychology of team building has helped my senior leadership team on the journey to achieving world-class performance levels. His compelling messages on team and personal development have been embraced by my staff . . . he is truly an inspiration.

Since Wayne's inspirational two day workshop we have observed a significant improvement in team focus and interpersonal trust levels that has translated into a very positive energy across our leadership team. The non-negotiable team behaviours that Wayne helped us identify and commit to at the workshop, continue to act as a catalyst for higher productivity across the team.

Wayne has taught us how to become a high performing leadership team. He has brought us together, taught us how to win and been a catalyst for some outstanding results! He is a great role model and a master motivator.