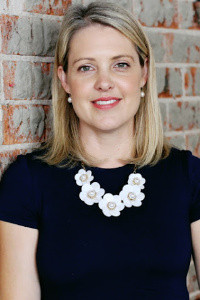 At 24, life was good for Georgie Dent. After graduating from a double degree in Business and Law with top marks she had landed her dream job at a prestigious Sydney firm and moved in with a boyfriend she adored. She had the world at her feet and no right to break. But she did. Badly. Within a year Georgie was unemployed, back living with her parents and suffering such crippling anxiety that she ended up in a psychiatric hospital.

In 2019 her memoir, Breaking Badly, which documents her nervous breakdown in slow motion, was published to critical acclaim. Annabel Crabb described it as ‘funny, shocking, beautifully written… a fascinating account of one woman’s hand-to-hand combat with her own mind’.

In “brutally honest and warmly engaging” style Georgie details exactly how her life fell apart and what it took to put it back together again. She traverses her experiences with chronic illness, anxiety and the toxic pursuit of perfectionism.

Hers is a compelling story that will resonate with anyone who has ever felt close to the edge or burn out.

After recovering from her breakdown, in 2008 Georgie pursued a career in journalism, joining BRW magazine as a reporter. While there she became fascinated by the subject of gender equality. Her naïve belief, through school and early university, was that gender inequality was an ancient relic but her work as a business reporter burst this bubble.

Having children of her own proved illuminating and fuelled her determination to make Australia a more gender equal place to live.

That passion and determination led to her being headhunted to edit Women’s Agenda back in 2013 and she’s remained a vocal and passionate champion for gender equality ever since.

Today Georgie is a prominent journalist, editor and media commentator who is recognised as one of Australia’s most influential voices for women.

She is the contributing editor of Women’s Agenda, a Marie Claire contributor and a regular columnist in the Sydney Morning Herald and The Age on Sunday. Her work has also appeared in The Guardian, The Financial Review and Harpers Bazaar. She has researched and published work on subjects from parental leave equality, violence against women, childcare, sexism, pay equity and women in leadership.

Georgie is a regular panellist on The Drum and ABC Weekend Breakfast and has made appearances on Lateline, The Project, Weekend Sunrise, The Today Show, Studio 10 and Sky News.

She has more than 30,000 followers between Twitter, Facebook and Instagram who enjoy her sharp and witty commentary on women, gender in the workplace, politics, health, money, family and everything in between.

She lives in Sydney with her husband and their three daughters.