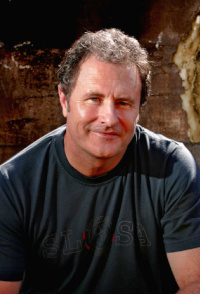 Craig started his career as a broadcaster with ABC Radio in 1994.

Since then he has covered Rugby League, Rugby Union and Cricket at international level as a commentator.

Craig is probably best known as a member of the Grandstand Rugby League commentary and has worked Grand Finals, State of Origin series and a number of Test Matches.

Craig was born and raised in the Hunter Valley town of Singleton and spent 16 years working as an underground coal miner in the Newcastle area before embarking on a radio career fulltime in 1999.

In 1991 Craig represented the Newcastle and NSW Country cricket teams and played against the touring Sri Lankan team.

In the year 2000, on the eve of the Sydney Olympic Games where Craig had been assigned to work as a broadcaster, he experienced a psychotic episode and was diagnosed with Bipolar Disorder.

He spent 12 days in the hospital and, since his recovery, has become one of Australia's most high profile speakers on Mental Health and Lifestyle.

In July 2012, Allen and Unwin released his second book "A Better Life".

Craig is now an internationally sought-after motivational speaker who tells what it's like to battle serious mental illness.

His inspiring story offers hope and motivation to others.