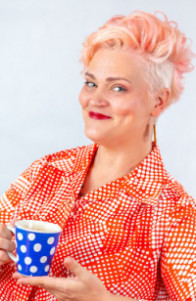 Jenny Wynter is an internationally award-winning comedian, author and speaker who has performed throughout Australia, Canada and the USA.

She is a TedX Speaker, passionate mental health advocate and founder of Funny Mummies™, a group which aims to improve mothers’ mental wellness through laughter, by providing a vibrant online community, and a touring stand-up comedy gala for mothers, by mothers.​​