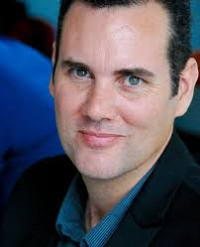 Dr Scott Bolland’s PhD and background (of 25 years) are in the area of Cognitive Science - the scientific study of how the mind works, spanning areas such as psychology, neuroscience, philosophy and artificial intelligence. His passion is playing in the intersection between these areas, how to best prepare individuals, teams, schools and companies to flourish in the fourth industrial revolution.

Scott has led a varied career, that has balanced his passion for science and technology with his passion for humanity.  He has worked as a lecturer in artificial intelligence, founded companies in EdTech with some of Australia’s leading entrepreneurs, toured the globe as a professional speaker, worked as a consultant for numerous Ministries of Education, lectured in some of Australia’s leading business schools, and has trained thousands in the area of positive psychology.

From a young age, we’re led to believe that success brings happiness. From the classroom to the boardroom, sporting endeavours to the arts, accomplishment and performance have long been the benchmarks for celebration and reward. Unfortunately, this has meant that the true drivers of motivation and happiness are largely ignored.

As a result, Australia is experiencing an increase in depression and unhappiness of epidemic proportions.

Organisationally, personally and as a society, we are the unhappiest and most unproductive we’ve ever been. Depression is now ten times higher than what it was 50 years ago, and suicide is now the leading cause of death for Australians aged between 15 and 44.

Research has found that despite what we think, happiness itself drives success in nearly every domain of life and activates the regions of the brain responsible for motivation, learning and change.

His company is concerned with creating artificially intelligent software that is aimed at helping humanity, with their first offering being a next-generation, e-learning platform aimed at revolutionising the education system.

As a professional speaker and “futurist”, Scott utilises his strong background and interest in technology to describe the future of work and education and provides practical tools for optimising your happiness and success in this growingly complex and uncertain landscape. He also is a trained singer, who uses live music in his presentations to create an emotional narrative designed to entertain, challenge and inspire.