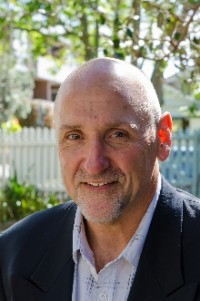 John Toomey is one of Australia’s leading Workplace Wellbeing Educators. Holding a Degree in Physical Education, John has worked in a number of diverse areas involving Health, Fitness and Sport. Since 1982, he has served in High Performance Roles in seven different AFL Clubs. He has also worked with a variety of other Professional Sports Clubs in Leadership and Culture Development including Cricket and A League.

He has been working in and leading the way in the Workplace Wellbeing Education sector since 1980.  John has presented over 2500 seminars in the corporate arena in Australia, New Zealand, the US and South East Asia. He has published over 500 articles, including publications like Wellbeing Magazine, The Melbourne Age, The Melbourne Herald Sun, and he is a regular contributor to The Huffington Post. He has travelled to the Us over 100 times.

He has also worked extensively as a Health and Wellness Commentator in Australian radio on stations like 774 ABC Melbourne, 3AW and 2GB.  From an Academic standpoint, John has lectured in Physical Education at Victoria University and taught Wellness in Monash University’s school of medicine. He was a member of the Course Program Advisory Board at RMIT University’s School of Health Sciences.

He was asked to address a fatigue and culture problem for a QLD mining services company. Researching official guidelines on Fatigue on prominent industry, regulatory and safety sites, he was stunned by what wasn’t being said. It seemed that fatigue was being blamed on poor or inadequate sleep.

Taking his wealth of knowledge from years of conditioning athletes and in the corporate arena, he created his now World Renowned Fatigue Prevention Program.

In addition to that he has created a powerful Resilience and Mental Wellbeing Program and his most recent creation, The Care Factor.

John is one of a small number of Australian’s who is invited to attend the Global Wellness Summit each year. At the 2018 Summit he as invited to go to New York where the recently transformed Weight Watchers Company, now Wellness Works, wants him to help them out in creating Wellness Programs for US Police and Fire departments.

John assisted Virgin Australia recently during our Work Safe Week to deliver engaging and meaningful health and well being advice that was very well received by our team members across the business. His professional, extremely knowledgeable and friendly nature led to making a positive difference to our team members health attitudes. We loved working with John and would recommend him to any organisation wanting to make a difference to employee health and well being.

John recently spoke at our Client Information Session which was attended by a very diverse range of Victorian employer representatives. The topic of John's presentation was 'Creating Calm in a Stressful World'. He provided the audience with some very thought provoking and empowering information that participants could put into practice, not only in their personal lives, but in the workplace. Some of the words used to describe John's presentation by attendees included 'amazing, powerful and engaging'. I would not hesitate in recommending John to anyone wishing to motivate and inspire their audience.

If you want to engage with the workforce and really challenge the norm, then I would highly recommend a visit from John Toomey. Taking the time to focus on the ‘H’ in OHS is fundamental to ensuring workers feel valued and also shine the light on the area many safety professional struggle to do. John takes the audience on a journey about personal health, the impact of poor health on work undertaken and the simple changes we can all do to improve quality of life.