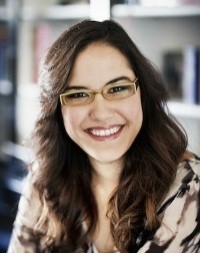 Her love of food and travel became ingrained at an early age as her globe-trotting parents lived and travelled in Papua New Guinea, Thailand and Australia.

‘We travelled and ate our way across so many places when I was growing up and that sense of adventure translates into the food I cook now. The way we cook and the way we eat tell us so much about who we are and where we’ve been.’

Marion eventually settled in Brisbane long enough to complete bachelor degrees in Law and Journalism. Straight after university she was snapped up by the ABC and bundled off to Adelaide, South Australia.

Marion worked as an ABC TV and radio reporter for 3 years before deciding to leave it all behind to follow her passion for food.  In 2008 Marion left her journalism career and went back to university to study for a Masters of Gastronomy. Marion’s studies allowed her to indulge her fascination with the historical, political and social aspects of food and wine.

In 2010 Marion took a break from her Masters to compete in the second series of Masterchef.  Later that year Marion fulfilled a life-long dream to create her own food range business called Marion’s Kitchen.

Marion’s Kitchen is a collection of Asian ingredient kits based on the traditional recipes Marion grew up eating with her Thai-Australian family. Each ingredient kit contains ‘real’ ingredients and a step-by-step guide to perfecting each dish.

Marion’s Kitchen is now stocked in the Asian section of about 3000 stores across Australia as well as selected supermarkets in South Africa. Marion counts her successful product range as one of her biggest achievements to date.

Marion writes for taste.com.au and has a monthly food column for Masterchef Magazine, she has also released a cookbook ‘Marion: Recipes and Stories from a Hungry Cook’.  In 2011 Marion also put together a crew to film her very own cooking adventure in Thailand.