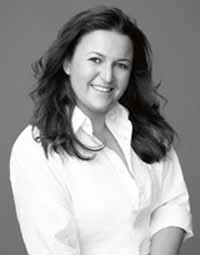 At the age of eight, Donna Hay skipped into a kitchen, picked up a mixing bowl and never looked back. Donna Hay is Australia's leading food editor and best-selling cookbook author. Her food, recipes and styling focuses on basic ingredients, simply prepared and beautifully photographed – hallmarks of her work which have set the benchmark for food publishing worldwide and inspired a whole new generation of cooks.

She is the editor of donna hay magazine, a highly acclaimed, top-selling bi-monthly food magazine with tremendous local success and far-reaching international appeal. Each issue of the magazine has over 373,000 Australian readers*, has subscribers in 82 countries around the world and is the top-selling international food magazine in American bookstores Barnes & Noble and Borders.

Donna also has a popular weekly food column in the Sunday editions of News Limited newspapers around Australia and The New Zealand Herald, reaching over seven million people each week. She is also a regular contributor to UK’s leading lifestyle magazine, Livingetc. Her simple and style-driven approach is reflected in her 17 award-winning cookbooks. She has sold more than 3.3 million copies worldwide and her books have been translated into nine languages. Donna was named one of the ‘Magnificent Seven’ cookbook authors by the international Gourmand Awards in January 2007. Donna’s successful homewares range is currently exclusive to David Jones in Australia.

She is also in development with Royal Doulton for a stylish new range which will launch worldwide in 2009. The donna hay food range has just launched in Australia with cookies, brownies and cupcake baking kits full of all natural ingredients. As good as home baked.

In 0 Donna Hay fashion - special made simple. Early 2009 will see the opening of Donna's first concept store in Sydney’s Woollahra. The donna hay general store will be full of Donna’s products plus beautiful homewares and special gift ideas carefully chosen from around the world. Donna Hay is an Australian success story.

She lives in Sydney with her husband Bill and children Angus and Tom.