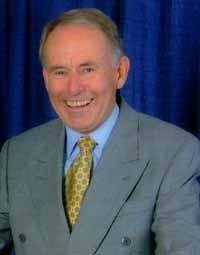 When it comes to in-demand Australian motivational speakers, Robin Daubney is the cream of the crop. Perhaps that’s at least partially because he’s so unique. If you attend one of his events, you’ll come away with a positive mindset and some proven, practical ideas that will go far beyond just changing your performance or other behaviours. Your whole life will be changed. He has been successful in the worlds of both sports and business, which led to his appointment in 2007 to the Australian Institute of Sport. In that role, he continues to work with the country’s most elite athletes, helping them improve their performance and prepare for successful lives beyond their sporting careers.

For fourteen years Robin was regarded as one of the top professional cyclists in Australia, winning major races on both road and track.

Twenty-five years of Robin’s professional life was spent in the employ of National Mutual/AXA. During that time, he was able to establish himself as a legend in the world of finance. His sales and sales management records are unlikely to ever be broken. He has started three teams completely from scratch and led two dying teams to top performance nationally. If he did it for them, he can do it for you.

The Million Dollar Round Table Meeting (MDRT) Annual Meeting is one of the biggest and most prestigious meetings/conferences in the world. The selection process is very stringent and only the best speakers are selected, so congratulations. Robin, your presentation was very inspiring and motivational. Your talk was also well received and there was a great reaction by the attendees.

Thank you for joining us on our recent roadshow tour throughout Christchurch, Wellington and Auckland. We have been overwhelmed with tremendous positive feedback and clearly all attendees took many ideas and tips away from your passionate presentations. Your enthusiasm and motivation for our industry is very evident and your message fully supported our brief and expectations. The content you delivered was timely and relevant and a great opportunity for advisers to revisit the basics and fundamentals around client relationships, attitude and self-belief. I do hope we get the opportunity to work with you again.