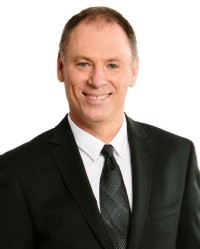 A former TV host, Michael has been working in television and the corporate and comedy scenes for over 30 years.

The industry’s number one choice when it comes to TV Audience Warm-Up since 1990, he has worked on numerous shows from The Logies, Australian Idol, Dancing with The Stars, The Voice and many more.

Michael brings that focus and energy of being first cab off the rank, into his corporate work as MC. Whether it’s a conference, an Awards dinner, or a more relaxed ‘golf day’, Michael has the rare ability to turn a crowd into an audience.

With an infectious sense of fun, improvisation, tried and true ‘routines’ and one of the quickest wits in the business, Michael interacts with his audience to create the ultimate ‘you had to be there’ moment.

Master of Ceremonies
With his training and emphasis on improvisation and flexibility, Michael has mastered the ability to read an audience and deliver exactly what they want at the right time. He has performed for everyone from the ‘man off the street’ - to the Prime Minister, and is very conscious to treat them all the same; with respect and appreciation, so that everyone feels included.

If you need some guidance in the format of an event, Michael can also help out here. Having MC'd at hundreds of events over the years, his suggestions of what might work best for you can make the difference you’re looking for. He will meet with organisers well in advance, and together create an event that guests will remember, often because of the ‘you had to be there’ nature of Michael’s style. Drawing on his network of actors, writers and stage management, Michael can assist to create a unique experience.

Conference Facilitator
From the meet and greet of delegates at the airport, to top and tailing speakers throughout the conference, to finally MCing the gala dinner, Michael Pope can deliver. Imagine being met by ‘Sergeant Force’ from the Australian Army, or a mime artist with a penchant for pickpocketing. Whether you prefer a character or as himself, Michael guarantees to make your delegates feel more involved, more connected with each other and more committed to being there than at any other occasion. Not everyone can galvanise a group of disparate people and in a very short time make them feel united. It's Michael’s 18 years as Audience Warm-Up that has given him the ability to put a room at ease.

Keynote Speaker
Do your people have to present in front of a group? Are they nervous? Hesitant? Uncertain? After nearly 30 years of being the loudest voice in the room, Michael has distilled the lessons learnt in presenting before a crowd and has packaged these into a 30-40 minute presentation called: Points On Presenting Explained: P.O.P.E.!

Covering such topics as Focus, Status, Keeping the Audience Engaged and more, Michael can guide and enthuse anyone to be more confident when presenting. Whether it's to a crowd of 10 or 10,000, there are common tips and pitfalls to avoid, that will leave your group fighting to be the next on mic.

We couldn't have asked for a better conference. We worked hard through a lot of heavy sessions and Michael kept it all flowing and used great techniques to highlight key messages in the most fun and entertaining ways. His unique skills helped make our conference work to its best... a true professional, flexible and easy to work with.

I've had the pleasure of working with Michael Pope on a number of occasions and I consider him to be one of the most experienced and professional comperes, hosts, producers et al that I know. His interaction with people is fantastic and his public speaking is interesting, knowledgeable, humorous and reflects many years in the entertainment industry.

Just to tell you we had a fabulous evening last night. Michael Pope worked like a charm, especially the roving reporter segment he did on the Vision truck with our Marketing Manager. It is hard to keep the audience's attention when it comes to product presentations, but Michael made it happen. I was very impressed with his professionalism and involvement in the night as if it was his own. Our mining manager said, it sounded as if he knew what he was talking about!