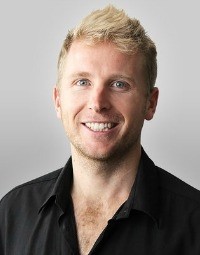 He was on the ground in Egypt and Libya witnessing war and revolution, he also spent time on the frontline in Afghanistan and covering the famine in Somalia.

He has been underground in the smuggling tunnels of Gaza and investigating refugee conditions in Malaysia.

Hamish has secured nominations in prestigious journalism awards such as the Walkley Awards and the Quills Australian Journalist of the Year Award, a rare achievement for a commercial television network news reporter.

He was also a finalist for the Graham Kennedy Award for Most Outstanding New Talent at the Logie Awards.

He has spent extended periods reporting on the war in Afghanistan, street riots across Asia and has investigated border incursions between India and China.

Since leaving Australia in 2003 Hamish has met and interviewed some of the worlds' most famous and infamous figures, including spending a week living and travelling with Jemaah Islamiyah's Abu Bakar Bashir.

During his time with Al Jazeera Hamish hosted the flagship "Newshour" program, he also stood in as host for Sir David Frost.

Hamish has studied Arabic in Yemen and Indonesian in Jakarta. He has worked for the UK's Channel 4 News, and for 5 years with the international broadcaster Aljazeera English.