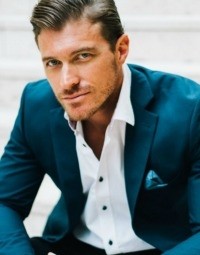 A Gold Coast local who has appeared in various movies and television over the past decade and has shared the screen with well known actors such as Robert Patrick, Debra Messing and Martin Henderson just to name a few. You may have also seen his face in numerous national commercials and print ads for companies such as Mazda, Panasonic and Ladbrokes.

In recent years Cory has been performing locally as an entertainer and master of ceremonies for Corporate giants like Red Bull, Movie World, Coca Cola and Flight Centre, just to name a few. His charisma and natural flair for entertaining make him a hit with audiences from all walks of life.