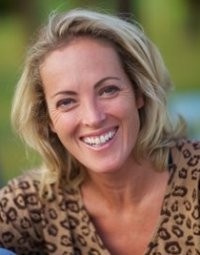 Jo McKinnon is a TV presenter, MC and journalist.

Jo began a career at Herald and Weekly Times as a copy girl before being selected as one of only 8 from thousands of applicants for a prized cadetship. She spent three years working on Herald Sun, Weekly Times, Sunday Herald Sun and Sporting Globe newspapers in various departments including police rounds, daily news, features, sport and racing.

She then ventured into commercial television after being offered a position as a sports reporter with Network Ten. During that period she covered cricket, AFL, tennis and racing and worked on Melbourne Cup coverage with the Network Ten team including the highly respected Peter Donegan.

Jo had grown up in Melbourne and was a competition rider from early childhood winning major equestrian events across Australia.

After several years with Ten Jo was offered a position to join Sky Racing as the first female anchor of racing on Pay TV. During that time she covered racing at tracks all over Australia and was the main presenter at the track for Sydney racing. Jo became a member of the Racing Retro panel alongside John Tapp and Graeme McNiece, presenter of Bred to Win and the face of Australian racing coverage into the US.

Venturing into high level racing administration after that Jo joined the MVRC as Public Affairs Manager. She managed the successful rebranding of the club and night racing and also worked on major sponsorships including the biggest in the club's history for the Cox Plate.

After five years with MVRC Jo was head hunted to join Aushorse as marketing manager, managing rebranding of Aushorse and developing long standing initiatives for the group and world extensively in Hong Kong and Singapore in the role. During that time worked as a presenter in Channel Nine's racing coverage of meetings in Melbourne and Sydney including the Caulfield Cup and Cox Plate.

A return to Sky followed as they grew their Pay TV racing platforms. Jo was appointed host of Racing Retro and main anchor of national racing coverage plus presenter and producer of Bred to Win. Jo left Sky to take up opportunities in Hong Kong. She worked for the HKJC as a racing presenter/commentator on major Group 1 race days in Hong Kong and main anchor of all simulcasts of major Group 1 meetings around the world including the Longines Hong Kong Masters - the biggest and richest equestrian event in Asia. Jo still works on this event each year.

She returned to Australia in 2014 and took up a contract role with the VRC as head of racing PR for the Melbourne Cup/Spring Carnival, holding responsibility for promotion and media management of Australia's greatest horse race - the Melbourne Cup.

She is currently Managing Director of a media company and a presenter on Racing Live in Victoria.

She is working on a documentary series A Racetrack Somewhere, fulfilling a longstanding passion to tell the story of some of Australia's most iconic and remote race meetings including Birdville, King Island and Warrnambool.