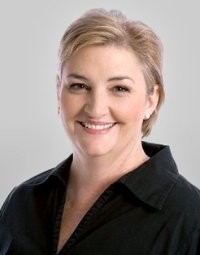 Kelly Higgins-Devine is a multiple award-winning broadcaster who seeks out the interesting, the quirky and heart-warming stories nestled throughout Queensland.

Having spent most of her career on ABC Radio Brisbane and Queensland hosting the Afternoons and Drive shifts, Kelly is now the “Queen of the Night” on the statewide Evenings program.

Her ABC career began in 1999 after earning her stripes in commercial radio. Kelly has worked across most facets of broadcasting from reporting and news reading to presenting local radio programs.

In 2007 Kelly was named ABC Local Radio Broadcaster of the Year, and she received the “Best Use of the Medium” award in 2011 for her broadcast during Cyclone Yasi which calmed and comforted not only frightened locals in the path of that monster, but a worldwide audience desperate to hear the latest news. In 2017, Kelly was co-awarded the OPSO (Older People Speak Out) award for her series on “Positive Living for the Elderly”.

She is currently presenting Evenings on ABC Radio Brisbane.