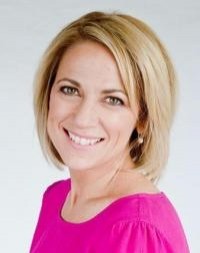 Loretta Ryan was a fresh faced 17 year old when she started in radio back in 1983. Landing a job in the schedules department, she also developed skills in production before being offered a cadetship in the newsroom.

After seven years with Radio Ten, Loretta moved to Triple M where she presented news, had a stint as Acting News Director and also co-hosted a successful afternoon entertainment/sports program Blood Sweat and Beers.

Loretta stayed with Triple M for 16 years, before deciding to take up the challenge of breakfast co-host at Radio 4BH. That was followed by a move into the exciting world of News-talk at Radio 4BC where she co-hosted the Afternoon Shift and then the very competitive Breakfast slot.

Loretta's passion for the media has also seen her fulfil a dream to work in television. She worked as a journalist/presenter on Channel Nine’s former afternoon news/lifestyle program BRISBANE EXTRA.

Previously, Loretta featured as an extra on the television series Paradise Beach and has appeared in TV commercials.

Loretta's media profile means she regularly MCs for both corporate and charity events. She is also sought after for radio commercials and telephone on-hold messages.

With over 30 years' experience in the media industry, Loretta Ryan has seen many changes and adapted accordingly. That’s why she is often referred to as a survivor!