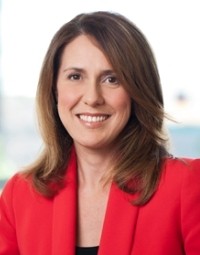 Lisa is one of Queensland's most experienced and respected news presenters with a career in television spanning nearly 20 years. Lisa is renowned for her professionalism, integrity and sharp interviewing style.

For ten years, she was the female face of the ABC in Brisbane, as a newsreader and also host of the state's only locally produced current affairs program, Stateline.

Graduating in the top of her journalism class from the University of Queensland, Lisa began her career as a cadet with the ABC in Brisbane in 1989. She cut her teeth as a television reporter in the state's capital, before being promoted to head the ABC's North Queensland bureau, where she covered stories ranging from tropical cyclones and flooding, to environmental challenges facing the Great Barrier Reef.

Two years later, Lisa was again promoted by the network, transferring to Canberra to cover Federal Politics for the ABC's national audience, including a federal election and the original High Court Mabo ruling. As a political correspondent, she made regular live commentary appearances on the ABC's breakfast program First Edition.

Seeking new challenges, Lisa returned to Brisbane, and was rewarded with a stint producing the statewide news bulletin for ABC television.

Lisa also used this opportunity to gain other skills, working for a time in the radio newsroom, and writing for the widely read, national medical publication Australian Doctor.  She went on to join the Ten Network in Brisbane as a senior television reporter, where she spent time as the chief of staff and built on her presenting skills. In 1998, Lisa was lured back to the ABC as the weekend news reader, a highlight of her dream career.

Lisa is also an experienced Master of Ceremonies, host and facilitator, with a variety of events to her credit, including the prestigious gala award dinner for the Australian Institute of Company Directors, and the Major Events Conference for the Department of State Development.

Lisa has also become a sought after public speaker, following an inspirational battle with breast cancer. As a mother and career woman, she has many insights into modern living and health issues that affect us all.

Lisa rose to national prominence as the outspoken public figure in the campaign to have the ABC's Toowong studios relocated, following the unprecedented breast cancer cluster, a journey that was documented by the ABC's Australian Story program in 2007.