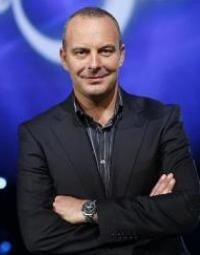 Andrew is a renowned author, television presenter and corporate speaker.

Andrew’s television career began at Network Ten while studying at Monash University in Melbourne, where he completed an Arts degree majoring in politics and history.

In 1987, Andrew moved to the ABC, to host its national music program called The Factory. He spent two years there until he was offered the role of Host on MTV, in New York.

In 1992, after returning to Australia, Andrew appeared as Professor Plum in Cluedo, and then as a ghost in Paul Jennings’ series Around the Twist.  Moving to Channel Seven in 1995, he hosted Australia’s Funniest People, World’s Greatest Commercials and the TV Week Logie Awards. He was one of the original presenters on the infamous, The Lonely Planet, and was nominated for best presenter in America’s Cable TV Awards.

In 1999, Andrew co-hosted Kidspeak with Ernie Dingo; the Australian adaptation of the US show ‘Kids Say the Darndest Things’.  From there Andrew took up the position as co-anchor on Channel Seven’s news style program 11AM which continued until mid 2000.

Andrew has two Olympic coverages under his belt: Olympic Sunrise with Jo Griggs in Sydney, and Yum Cha at the Beijing games.

In 2002 Andrew began presenting in one of the top Australian travel shows, The Great Outdoors, where he teamed once again with Ernie Dingo.

Through presenting on The Great Outdoors, Andrew visited over 20 countries (over 70 trips), which he absolutely loved as he occasionally got to fish and play golf! He’s even worked on three films and a stage play and lives by the ‘give almost anything a go once’ creed.

In 2008 and up to May 2009, Andrew was the Presenter of the popular radio show Evenings on ABC 702 Sydney. In June 2009, he, like everyone, barely recalls presenting the ill-fated This Afternoon, for the Nine Network – it lasted just two weeks.  However he has continued to work with Nine, voicing The Apprentice and RBT.

Andrew had been writing for Australian Golf Digest since 2005 and in late 2009 became a regular columnist with the Sun Herald.

Apart from his career in television and radio, Andrew has also written over 20 best-selling children’s books. Having received glowing reviews and acclaim from the media, booksellers, the Children’s Book Council and the Teacher Librarian Association; Andrew is a rather impressive author.

In 2010 he launched a four part series about Skoz the Sleepwalking Dog and teamed up with Bruce Watley on a beautiful picture book called Monster.

We have run a huge amount of events but have never worked with someone so professional and just simply so good. His spontaneity and his delivery were just perfect and a really nice person to boot. What a wonderful talent!