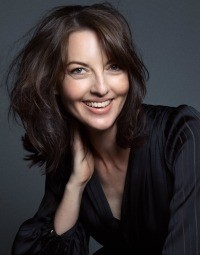 After several years producing at ABC Perth, she produced her own podcast Rare Air, a series of enlightening in-depth conversations with people quietly living remarkable lives.

She headed up the interviewing team for Perth Festival and the Empathy Museum’s “A Mile in My Shoes” project, giving audiences a chance to gain extraordinary insight into the lives of ordinary West Australians, including a sex worker, a militant activist and the mother of a transgender man.

Meri presented Writing WA’s monthly Cover to Cover series for Westlink TV and is a long time presenter at RTRFM.

Over the last few years, she has chaired numerous challenging conversations for the Perth Writers Festival, the Fremantle Arts Centre, Department of Health, Department of Culture and the Arts and the Disrupted Festival of Ideas with topics ranging from gender politics to public policy on obesity, and the cultural interface between China and Australia.