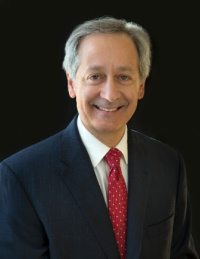 He developed and presented a program on identity theft prevention which was used to educate a nationwide audience of Citigroup employees. His program on the topic of leadership integrity has been certified for education credits across the United States. Jeff was the 2017 International Keynote Speaker for a cyber security road show in Australia, during which he spoke to businesses about cyber-crime prevention.

Jeff was head of operations security for the Kansas City FBI and a graduate of the world-renowned John E. Reid School of Interviewing and Interrogation. He is a certified FBI instructor and has trained numerous government agencies and corporate clients on how to interpret and project body language for more effective interpersonal communication.

In addition to his latest book on the topic of cyber security, Jeff authored speeches for FBI executives and has been published in The Kansas City Star, Ingram’s Magazine and on the FBI National Web site.

Jeff consulted for academy award winning director Ang Lee during the production of “Ride with the Devil”, and he has provided regular consulting services for television and movie production in Hollywood at Steele Films and Granfalloon Productions. Jeff was a major contributor and appeared on camera in a recent episode of The History Channel’s, “America’s Book of Secrets”. He was featured in the companion documentary to the major theatrical release “Runner Runner”, which stars Ben Affleck and Justin Timberlake. Jeff has been featured in television commercials on the topic of fraud prevention.