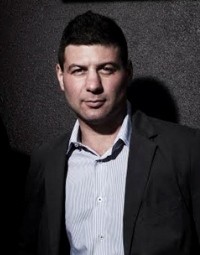 Adam Schwab is an award-winning entrepreneur, and has built one of Australia’s most profitable e-commerce companies in just five years without any external funding.

At age 35, Adam was a corporate lawyer specialising in mergers & acquisitions at one of Australia’s largest legal firms before becoming a founding director of privately-owned corporate accommodation and services group, Living Corporate Apartments.

In 2010, Adam founded DEALS an e-commerce website with Jeremy Same.

The company today has a turnover of $210 million (FY15), 400 staff, 14 e-tailers under its umbrella and is one of Australia’s largest locally owned e-commerce groups.

Adam has been nominated for the EY Entrepreneur of the Year 2014 (Southern Region), Young Executive of the Year 2015, was mentioned in the 2014 and 2015 Young BRW Rich Lists and has been named a Young Business Leader 2015 by CPA.

Since 2004, Adam has been a financial journalist and business commentator specialising in corporate governance, economics and start-ups for BRW and Crikey.

Adam has been a regular commentator on Business View and the Perrett Report on Sky Business and has appeared on Today Tonight and Channel Seven News nationally.

Adam has been a director of the Myeloma Foundation of Australia since 2010, and has run two Melbourne Marathons completely barefoot to raise funds for the foundation.