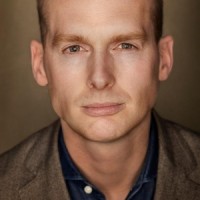 Bas Lansdorp is a born entrepreneur with a passion for ambitious projects. He is co-founder and CEO of Mars One, the Dutch foundation that aims to land the first humans on Mars in 2032.

Bas received his masters of science degree in mechanical engineering from Twente University in 2003. At Delft University of Technology he worked for five years on his PhD research in wind energy. He abandoned his research to start his first company, Ampyx Power. Ampyx Power develops a novel, cheaper than coal, method of wind energy generation.

Bas sold part of his shares in Ampyx Power to finance the start of Mars One. Now, only five years later, Mars One is one of the established names in the world of space exploration. Mars One is currently supported by and partnering with people and organizations such as NASA's former chief technologist, a Nobel Prize Laureate, an astronaut and the University of Twente. Mars One has contracted established aerospace suppliers like Lockheed Martin.

One of the reasons for the success of Mars One is enthusiasm Bas brings, which he transfers to any audience in a contagious way.