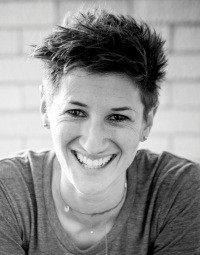 Natasha Pincus graduated with first class honours in Law and Science. She worked as a research scientist and practiced corporate law before hanging up her lab coat and suit to focus on her screenwriting and directing career.

Natasha specialises in creating distinctive music video works and has directed internationally regarded videos for a number of Australia’s favourite musicians, including Powderfinger, Paul Kelly, Gotye, Missy Higgins, Kasey Chambers, Pete Murray, Paper Kites and Sarah Blasko.  Natasha has won two ARIA awards for Best Music Video and has been nominated for the MTV VMA for Best Music Video and Best Editing. Natasha’s iconic video for Gotye’s SOMEBODY THAT I USED TO KNOW has been viewed over 1.5 billion times on YouTube. Natasha created a major film work for the stage production of David Bowie’s LAZARUS at the Victorian Arts Centre for which she was recently awarded the 2020 Green Room Award.

Natasha has written and directed short films that have screened at dozens of film festivals worldwide. Natasha’s screenplay MIDDLE OF THE AIR was a winner of the UCLA Screenwriting Competition and her screenplay CLIVE was included on the US Hollywood Blacklist and was a semi finalist of the Nicholl Fellowship. The produced feature film of Natasha’s screenplay FELL, directed by Kasimir Burgess, premiered In Competition at the Sydney Film Festival. Natasha has written more than 20 feature film scripts, including adapting the Pulitzer-nominated novel SNOW CHILD for New York producers Amy Hobby and Anne Hubble (Tangerine Entertainment), and co-writing THE TWISTED for Ridley Scott’s Scott Free Productions.

Fabulous presentation and it felt like every person in the room was just with you – no distraction or fidgeting! Powerful, energetic and pacey. Super thinking and connected presentation on genius. Truly Genius!