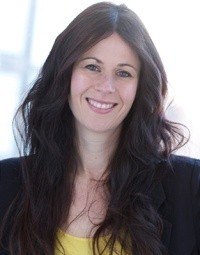 Nicole Velik is a creativity and innovation facilitator, trainer and consultant. She is the founder of an innovation company.

Nicole spent four years working in New York City where she helped her clients keep a competitive edge by thinking creatively and creating cultures where innovation would flourish. She returned to New York to work with her dream client, The United Nations. Her task was to arm them with creative thinking skills and generate big ideas for a UN global initiative, World Humanitarian Day. ’

Nicole is a regular speaker on creativity and innovation and has educated, entertained and inspired audiences at global conferences such as Ad:Tech, Promax BDA, CREA, Emergence Creative and the Vivid Festival.

Nicole’s background is in advertising, as a Brand Strategist and spent most of her time working at two very creative agencies, Kirshenbaum Bond + Partners in New York City and Saatchi & Saatchi, Sydney.

She has been trained in Idea Generation and Creative Problem Solving by the Creative Education Foundation (New York) and been a speaker and presenter at CREA, the European Creativity Association. She also holds a Communications Degree from Charles Sturt University and a certificate in Organisational Development from New York University.

When she’s not overhauling brands and nurturing ideas, Nicole can be found pursuing her other passion, music. Her song ‘Tonight’ was used on a national Channel Ten promo for the American TV drama, Medium.