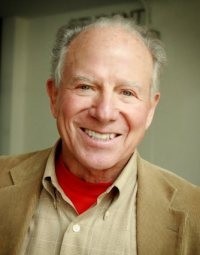 Dr Stuart Brown is a medical doctor, psychiatrist and clinical researcher but also a major proponent of the importance of play. He has found a strong correlation between success and playful activity through his research of animal behaviour and more than 6,000 “play histories” of people with all different backgrounds.

His book Play explains why play is essential to the development of our social skills, adaptability, intelligence, creativity, ability to problem solve and more. To further his efforts, Dr Brown founded The National Institute for Play, a non-profit committed to bringing unrealized knowledge, practices, and benefits of play into public life through continuing research.

Trained in general and internal medicine, psychiatry and clinical research, Dr Stuart Brown first discovered the importance of play by discerning its absence in a carefully studied group of homicidal young males, beginning with the University of Texas Tower mass murderer, Charles Whitman.

He later became founding Clinical Director and Chief of Psychiatry at Mercy Hospital and Medical Center and an Associate Professor at UCSD in San Diego, California. Over the course of his clinical career, he interviewed thousands of people to capture their play profiles. His cataloguing of their profiles demonstrated the active presence of play in the accomplishments of the very successful and also identified negative consequences that inevitably accumulate in a play-deprived life.

As he ended his clinical career, he believed that play could be the key to discovering the giftedness that is in everyone, but he realized that identifying the importance of play hadn’t really fully revealed what play is. So, in 1989 upon leaving clinical medicine, he decided to pursue play in greater depth.

He was surprised that much of the play-related research he reviewed was fragmented and lacked quantitative confirmation of factors readily observed clinically. A science and evidence-based way of understanding and suggesting how to improve play hygiene was and still is lacking. He turned to animal play research to gain insights into human play.

With the support of the National Geographic Society and Jane Goodall, he observed animal play in the wild. He became acquainted with the premier animal play experts in the world, and began to see play as a long evolved behaviour important for the wellbeing and survival of animals. He subsequently came to understand that humans are uniquely designed by nature to enjoy and participate in play throughout life.