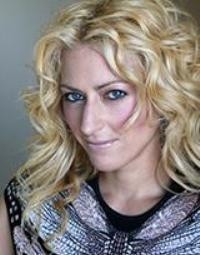 Jane McGonigal is a world-renowned game designer and innovator Fast Company’s "100 most creative people in business” 2014.

Jane is today’s leading speaker on the engagement economy and the application of game-design to the real world. She has been named one of the “Top Ten Innovators to Watch” by Business Week, and “10 Most Powerful Women to Watch” by Forbes. Jane speaks on future trends in virtual environments, where gaming fits in different industries, and how gaming technology can be used as a learning tool.

Jane is a New York Times bestselling author with her book Reality Is Broken: How Games Make Us Better and How They Can Change The World. In this forward-thinking book, Jane makes the case that the gamer spirit — an attitude of fun, dedicated, collective problem-solving - is our greatest asset as we face the social, economic, and environmental problems of the 21st century.

Jane is notable for bringing gaming to the healthcare space. Her best-known project is SuperBetter, a mobile app and web-based game that helps individuals challenge personal health challenges.

Jane has created games for organizations such as the World Bank, the Olympic Games, the American Heart Association, the New York Public Library, and many more.

Jane's other healthcare games include collaborations with the American Heart Association and the Myelin Repair Foundation.

Her new book, SuperBetter: A Revolutionary Approach to Getting Stronger, Happier, Braver and More Resilient (debuted at #7 on the New York Times Advice bestsellers list under four categories - health, science, games and self-help!), reveals a decade’s worth of scientific research into the ways all games change how we respond to stress, challenge, and pain. She shares stories and data from players who have followed the SuperBetter rules to get stronger, happier, and braver in the face of depression, anxiety, illness, and injury. SuperBetter will be available in Australia in early 2016.

Her previous book, Reality Is Broken: How Games Make Us Better and How They Can Change The World, is a New York Times bestseller. In this engaging, forward-thinking book, Jane makes the case that the gamer spirit — an attitude offun, dedicated, collective problem-solving — is our greatest asset as we face the social, economic, and environmental problems of the 21st century.

Jane herself is a specialist in this field, a designer of alternate reality games, where a real-life activity is re-framed as a game. Players of Jane's games face challenges as serious as surviving peak oil or establishing local sustainable businesses. And they face them with courage and creativity, inspired by their gameful state of mind. Persistence, energy, collaborative creativity, a sense of purpose in hard work — games unlock all of these powerful attitudes. And, most importantly of all, this approach restores to contemporary life the kind of heroism and communal striving that most of us struggle so hard to find.

She is currently an advisor and affiliate researcher with the Institute For The Future in Palo Alto, California, where she served for four years as the Director of Game Research and Development. Her recent projects include a Games for Healthcare initiative with IFTF and the White House as well as Paths Out Of Poverty, a crowdsourcing game by IFTF for the Rockefeller Foundation.