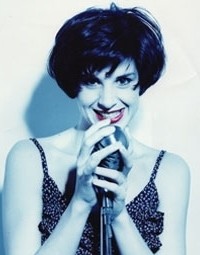 Monica has achieved high-level success as a singer and entertainer around the country, regularly featuring at major Jazz festivals, corporate events, large council events and public shows. She enjoyed monumental success with in the early 90's with "Monica and the Moochers'" critically acclaimed album releases "Too Darn Hot" and "Cotton On The Breeze".

She also has two cabaret shows available - "Monica Goes to Rehab" (2 piece) an hilarious take on the legends of song who made rehab cool, and "Diamonds & Pearl - A tribute to Pearl Bailey" (3 piece). Monica's love of working with orchestras has seen her work with most of our country's finest.