The Beggars Travels from Adelaide, SA 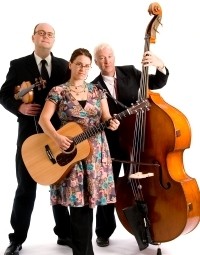 The Beggars, who started out their first ten years as an Irish band, have found that space between the ancient tones of folk music and the sounds of modern Australia.

Renee Stuart and Quinton all have a strong connection to the Australian land. Renee was born on the family farm in Esperance in Western Australia. When her family was forced off the land by hard times her grand dad went back to cattle droving on horseback. A trade he had learned as a boy in Queensland. Her dad went to work driving long haul trucks.

Quinton and Stuart have also done their time on the road. They paid their dues over many years in touring bands traveling from the big cities to the country towns and outback communities often playing 300 shows a year in all kinds of venues from pubs, schools, community halls, theatres and when they were way off the beaten track they would set their show up on the red earth its self. When they were finished with the touring life they returned to Adelaide where they met Renee and formed The Beggars in 2006.

Their Aussie sound caught the ears of European DJs who introduced them to millions of listeners putting the band on top 10 charts across the E.U. Their stage presence and style have taken them around the world and continues to gain them fans in many countries.

Their latest show, Bound for Australia is a superb tribute to the great Australian song. Featuring songs made famous by The Seekers, Peter Dawson, Johnny O’Keefe, Lucky Starr, Chad Morgan, Slim Dusty, The Dingos, Paul Kelly and The Beggars. You can sail in a tall ship, hunt the great whale, waltz your Matilda along the road to Gundagai and find out what really happened to that jolly swagman down by the billabong and don’t worry there’s plenty of sing along opportunities in this show.