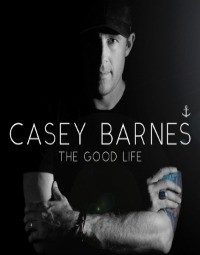 2018 Golden Guitar Finalist Casey Barnes is making an monumental impression on the Australian country music scene. He’s had hits in Europe, recorded and toured in America, appeared in a top-rating TV show in Australia and performed alongside many international stars including Mariah Carey, Lady Antebellum and Bryan Adams.

Casey started his singing career in his home state of Tasmania before relocating to the Gold Coast, which he now calls home. Casey’s songs are honest and heartfelt. The emotions are genuine. The last 4 years have seen many achievements for Casey with shows in New York, Nashville and Los Angeles and he has performed at festivals around Australia.

Neways has used many great bands for our events over the years, but I have to say that your band was absolutely fantastic. To see well over 1000 people having a great time on the dance floor says a lot about a band, and the amount of people who commented on your music said it all. You guys were awesome and I would highly recommend you to any company looking for a band for any event. If anyone ever wants to call me to validate my endorsement of your band – please give them my number.