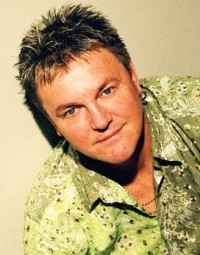 Peter Cupples first came into prominence in 1975 as lead singer and songwriter for the blue-eyed soul band, Stylus. Stylus released four albums, which included such hits as, ‘Summer Breeze’, ‘World of Make/Believe’, ‘So much Love’ and ‘Work out fine’ to name a few. Stylus became the first ‘all white band’ to be signed by the U.S. company, Tamala Motown and had moderate success internationally under the Motown label.

Stylus split in 1980 and Peter went solo achieving a top twenty hit with his first release, ‘Fear of Thunder’. ‘Blame it on the Weather’ was also a success not only for Peter, but also for John Farnham, as part of his re-emergence.

Peter became a regular on the Midday show after doing a song called ‘Happy Ending’ to close the opening of the entertainment centre in Sydney, a channel nine spectacular. Peter became a regular with all variety shows, ‘Hey Hey it’s Saturday’, ‘Tonight Live with Steve Visard’, ‘I.M.T’, ‘G.M.A.’ (to this day) and performed fifteen years straight on Channel Nine’s annual Christmas Eve spectacular, ‘Carols by Candlelight’ at the Myer Music Bowl.

Peter works with many charities, writing songs for the Make a Wish Foundation’ and the Sacred Heart Foundation. Peter also wrote the song ‘Best of the Best’ for the Racing Hall of Fame, and the Kangaroo’s Team of the Century Tribute. Peter has played at many main events, but for him, none were bigger than when he opened for Frank Sinatra at Sanctuary Cove.

Peter has written and recorded many albums over the years and also has put Stylus back together from time to time over the years for live shows. In 2003, Stylus recorded a live album called, ‘Still Alive’ and then in 2005, Peter released ‘Bac2basix’ a real roots album filled with wonderful storytelling inspired by early Australian pioneers and growing up in country Victoria: containing such songs as ‘Pioneers’, ‘Family’ and the ‘Poor Man’s Al Jolson’.

In 2006 Peter put together a show with friend and college, Jon English called, ‘Uncorked’, a wonderful show of nostalgia and good humour which has been delighting audiences throughout Australia since.

In late 2007 Peter released ‘About Time’, an album of jazz standards, but with some very fine original arrangements included as well. These arrangements, just another example of his incredible versatility. ‘About Time’ was an instant success both here and overseas and saw Peter flying over to Japan to perform at the Okazaki Jazz Festival. He is in negotiations with other major jazz festivals around the world.

Locally Peter performs his solo act at various locations around Brisbane but also can provide band combinations up to a ten piece for corporate events.