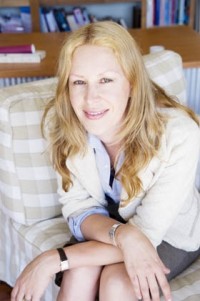 Dr Libby Sander, has degrees in Arts, Japanese and Business, a Masters degree in Human Resource Management and a PhD in Organisational Behaviour.

She is Assistant Professor of Organisational Behaviour at Bond University, a Fellow of the Australian Institute of Management, the founder and director of the Future of Work Project, founder of Rethink, and past Chair of Goldspaces, an urban renewal and cultural development platform.

Libby is an acknowledge expert on the future of work, and one of the world’s leading authorities on the design of the workplace and its influence on thinking, emotion and performance.

Libby has appeared on Channel 7’s Sunrise, as well as ABC TV’s science program Catalyst, ABC TV’s The Drum, ABC News and spoken at TEDx presenting her research on the effects of the workplace environment. She regularly presents keynote addresses at conferences around the world.

She is a feature writer for The Conversation and an agenda contributor at the World Economic Forum.

Libby’s writing has been in The Guardian, the BBC, Fast Company, The Australian, Sydney Morning Herald, The Age, and on SBS amongst many others.

To date, her articles have over one million readers worldwide.

Libby is the co-author of Work in the 21st Century: How do I Log On? which was published by Emerald in 2017. She is currently working on a new book for Routledge, the world’s leading academic publishers on the state of the art in workplace design.

She works globally speaking and advising business. Libby designed the new workplace for ITMS at Charles Darwin University that won the Northern Territory AIA award for Interior Architecture in 2017.

She is a regularly guest on radio for the ABC and 3AW commenting on issues on work, society and future trends in organisations. She has over 40 radio appearances in 2018 alone.

Prior to her academic appointment, Libby had over a decade of experience as a Human Resources Director and Executive Team member, working with some of the world’s leading organisations.

Libby works with clients such as Microsoft Europe and Lend Lease. She has presented her research at the world's leading academic conferences.

Libby teaches in the Executive MBA program at Bond University and is the 2018 Winner of the Bond Business School Teaching Excellence Award.