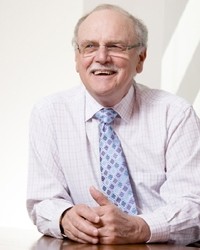 Bob Critchley is a strategic consultant focused on maximizing the sustainable performance of organisations with a multi-generational workforce, and is an experienced Company Director and Author.

He was previously International President for DBM Inc, the world’s leading Outplacement and Career Management company, and was responsible for strategic development of the business, ensuring high quality service and successful outcomes for customers and clients throughout DBM’s operations in 49 countries outside of North America.

Formerly, he was President, Asia Pacific Region, where he was responsible for the profitable growth and expansion of the Region, contributing significantly to DBM’s worldwide revenue and profit growth. Bob previously established a specialist management consulting and training organisation, focusing on corporate reviews and turnarounds, developing strategies to motivate employees and improve company performance.

It was from this base that he and his colleagues were approached to set up DBM’s business in Australia as a Licensee. After successfully building the business, it was sold to DBM Inc. After the sale, his responsibilities and commitment to DBM continued to flourish.

Prior to establishing his businesses, Bob was Deputy Managing Director of Societe Generale Australia Limited, responsible for all its business activities, as well as achieving a significant turnaround in its performance. Previously, he held senior management positions with Bank of America, Citibank and National Australia Bank working in the United Kingdom, USA, France and Australia.

He is also Chairman or Non-Executive Director with diversified public listed companies on the Australian Stock Exchange in Transport, Facilities Management, Ladies Fashion, and Property Development and Construction.

His globally acclaimed book “Rewired, Rehired, or Retired?” - focuses on enhancing the quality of peoples’ lives and ensuring they fulfil their desired potential. Bob’s second book titled “Doing Nothing is Not an Option! – Facing the Imminent Labour Crisis” was released in 2005. It developed the concept of creating a winning workplace by tapping the talents of the ageing workforce and creating flexible work practices to maximize organisational performance.

His third book, “Rewire or Rust!” was released and is a valuable resource containing exciting material, which will enhance people’s lives for a more fulfilling future. Bob holds a Bachelors Degree in Economics from the University of Adelaide and is a Certified Practicing Accountant.