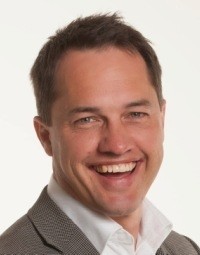 10 years ago, Andrew Hughes was a senior partner in a national law firm. He was an experienced advocate, a strategic thinker, and a popular face around the courts. As practice manager of the litigation division, he was known for his ability to build loyal and rewarding relationships that translated into dynamic teams and high performance. As head client partner, he was responsible for the national marketing function.

With degrees in Economics and Law, and a Masters Degree in International Law, Andrew has had plenty of exposure to the corporate world – first as an accountant at KPMG, then as a judge’s associate, a criminal lawyer, a government lawyer, and finally as a senior executive at the Australian Government Solicitor.

…but his real interest has always been people.

Now, as a Speaker, Corporate Trainer, Executive Coach and Psychotherapist, Andrew works in the field of Human Potential and Transformational Leadership. He is passionate about developing talent, increasing employee engagement and creating leaders.

Andrew presented at the Crest Financial Services staff development day. The session with Andrew was enjoyable, energising and it stimulated us to focus on the culture and development of our team both on a business and personal level. We were impressed with Andrew's creative, interactive style and presentation content. The thought-provoking perspectives, along with Andrew's ability to simplify everyday business and client service issues have helped revitalise our entire company. The feedback we received from our staff has been extremely positive. Since the session we have continued to focus on our everyday interactions both on a business and personal level, and have seen real change in relationships for our company. A great investment for our company.

Andrew is an extremely engaging speaker who has inspired me to further explore the leader in myself. Through his 'Leadership from the Inside Out' session and funny stories, Andrew has challenged me to think outside the square and to focus on developing the leader in me who will greatly impact this world. I look forward to applying the key aspects of Andrew's session to my AIESEC life and beyond.

Andrew was a very energetic and inspiring speaker. He had an entire group of business leaders, often distracted by the stress of management, on their feet physically throwing away their anxiety. His ability to change the attitude of a room in just half an hour is both motivational and astounding. I personally left feeling at ease with issues that had previously been causing me stress. I look forward to hearing Andrew speak again.