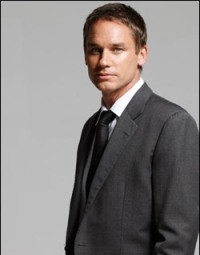 In a workplace ruled by efficiency and competency, where do personal strengths fit in?

Marcus Buckingham has dedicated his career to addressing this complex issue. Using his nearly two decades of experience as a Senior Researcher at Gallup Organization, he has challenged entrenched preconceptions about achievement to get to the core of what drives success.

His latest project is the New York Times and Wall Street Journal bestseller StandOut, a book and strengths assessment combination that uses a new research methodology to reveal your top two “strength Roles”— your areas of comparative advantage. StandOut goes beyond description to give people practical innovations that fit their strengths, and provide managers with quick insights on how to get the best from each of their team members.

The goal is to move companies toward greater success and productivity by creating a workplace in which employees spend more than 75% of each day on the job using their strongest skills and engaged in their favorite tasks, basically doing exactly what they want to do. Companies that focus on cultivating employees’ strengths rather than simply improving their weaknesses stand to dramatically increase efficiency while allowing for maximum personal growth.

If such a theory sounds revolutionary, that’s because it is. Marcus calls it the “strengths revolution,” and he founded The Marcus Buckingham Company in 2005 to help jump-start a worldwide conversation about how to get people focused on their strengths.

As he addresses more than 250,000 people around the globe each year, Marcus touts this strengths revolution as the key to finding the most effective route to personal achievement and the missing link to the efficiency, competence, and high performance for which companies constantly strive. He challenges conventional wisdom and shows the correlation between engaged employees and business fundamentals such as turnover rates, customer satisfaction, profits and productivity.

In his role as an author, independent consultant and speaker, Marcus has been the subject of in-depth profiles in The New York Times, Fortune, Fast Company, Harvard Business Review, USA Today and The Wall Street Journal. He has appeared on numerous television programs, including “The Today Show” and “The Oprah Winfrey Show,” and is routinely lauded by such corporations as Toyota, Coca-Cola, Master Foods, Wells Fargo, Microsoft and Disney as an invaluable resource in informing, challenging, mentoring and inspiring people to find their strengths and sustain long-lasting personal success.

Marcus graduated from Cambridge University in 1987 with a master’s degree in social and political science.