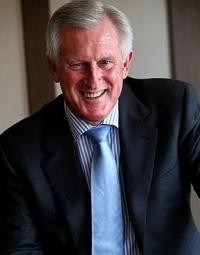 John Hewson is an economic and financial expert with experience in academia, business, politics and government. He has also worked extensively with charitable, not for profit and community activities in addition to the media, where he has worked as a columnist and commentator for nearly 30 years.

He has worked as an economist for the Australian Treasury, the Reserve Bank, the International Monetary Fund and as an advisor to two successive Federal Treasurers and the Prime Minister.

His business career before entering politics in 1987, was as a company director and business consultant and included roles as Foundation Executive Director, Macquarie Bank Limited and as a Trustee of the IBM Superannuation Fund.

John's political career included seven years as a ministerial advisor and a further eight years as the Federal Member for Wentworth in the Federal Parliament. He was Shadow Finance Minister, Shadow Treasurer and Shadow Minister for Industry and Commerce, then Leader of the Liberal Party and Federal Coalition in Opposition for four years.

In business, John  has always insisted on the highest standards of integrity, corporate governance and corporate social responsibility. His presentations resonate with his specialist knowledge, as he draws upon every facet of his experience, giving audiences a unique overview of economic, political and business policy.