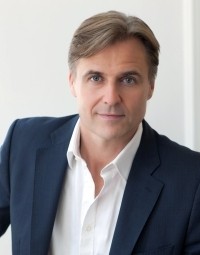 Siimon Reynolds doesn't just talk about business excellence, he lives it. The last business Siimon co-founded , Photon Group, grew from 2 people to 6000 in just 8 years becoming the 15th largest marketing services group in the world. He has also won over 50 business awards.

Siimon has been featured on 60 Minutes, Today, Bloomberg, and in hundreds of print and radio interviews on achieving business success. Yet ironically, Reynolds is most interested in failure. He believes that it's only when we really understand the causes of failure, that we can build genuine, lasting success.

After a multi-year study, in 2010 Siimon wrote the breakthrough book, 'Why People Fail', which became a Number One Bestseller in both the Business and Self Improvement categories. In it Siimon defined 16 fundamental causes of failure, for executives and businesses alike, and revealed the often surprising solutions to them.

Siimon now personally mentors 22 CEO's from around the world to help them avoid failure and maximise their success, and delivers stunning keynote speeches on the subject.

Siimon's incisive thinking and brilliant business mind has driven him to the top of our fiercely competitive industry. His ability to communicate what he knows in simple yet powerful ways clearly makes him a leader amongst our profession.

In one hour, you successfully gave the audience a 'Motivational Kick', with sensible and practical advice that they could incorporate into everyday life and improve their chances of success. Thank you for making our event such a great success.