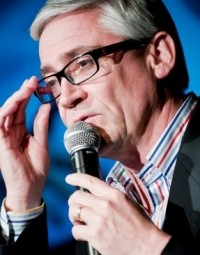 Stephen’s career in advertising and marketing commenced in 1980 when he started working as an advertising consultant in marine publishing in Sydney.

Over the 7 years following Stephen’s appointment, revenue grew considerably allowing for the reinvestment and relaunch of Australian Boating magazine as AB Magazine and the progressive launch of a number of new and innovative special interest magazine titles. By 1987 Leisure Magazines were the largest specialist marine publisher in Australia and AB was the number one selling magazine in its category.

As a result of his experiences and relationships formed in publishing, he founded his own advertising and marketing services company in 1987, which listed many major multi-national brands as clients. Over an 18-year period, Milne and Partners Advertising received many national and international awards for its work.

In 1997, he began consulting with Riviera, the largest luxury pleasure boat manufacturer in Australia in brand development and producing the company’s advertising and marketing assets.

In 2004, Stephen sold his marketing agency and joined Riviera as a shareholder and Director of Brand and Communications, running BrandCom, the internal advertising and marketing department of the company.

Stephen’s story is of the rise of Riviera to the heights of annual group sales of $450 million, building 421 boats in one year, employing 1,200 staff to the depths of the GFC inflicted voluntary receivership. Through this process there was a loss of 1,000 jobs, a production wind back to just 50 boats per annum, 34 months of working with receivers and the challenges of unprecedented change corporately and personally.

The Riviera receivership story is one of courage, conviction, tenacity, teamwork, communication, lateral thinking and above all, a never give-in attitude.

In 1997, Stephen began consulting with Riviera, the largest luxury pleasure boat manufacturer in Australia based on the Gold Coast in brand development and then began producing the company’s advertising and marketing assets.

In 2004, Stephen sold his marketing agency and joined Riviera as a shareholder as part of the private equity funded management buyout of Riviera. In this move, Stephen was appointed Director, Brand and Communications, running BrandCom, the internal advertising and marketing department of the company.  In this capacity Stephen took hold of global responsibility for brand management, marketing, media relations, new model releases and a $7 million annual budget.

At the pinnacle of Riviera’s success the company built a staggering 421 boats in one year, employed 1,200 people, exported 50% of its production and achieved market shares in the Flybridge boat category of number one in Australia and number two in the United States.

From the height of this success, Riviera went through massive change on May 8th 2009 as the company’s shareholders elected to place the business into voluntary receivership. The impact of the GFC had a profound and immediate impact on the global boating industry and Riviera was not immune. As the bulk of the private equity purchase of Riviera used borrowed funds ($180 million) to facilitate the acquisition of the business, the company could no longer meet its obligations as sales fell almost overnight by 65%.

The impact of this change saw 1,000 people made redundant, annual production at the Gold Coast plant reduced to just 50 boats per annum and the business trading for 34 months in receivership before being sold to a private buyer on March 8th 2011. Very few Australian companies exit receivership.

Who would buy a multimillion-dollar boat from a company halfway around the world that was in receivership? 289 people did over a 43-month period.