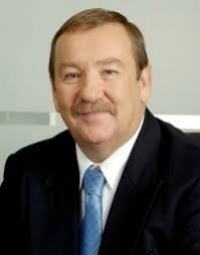 “I don’t eat to live but live to eat. I love food with a passion. I love creating it, I love sharing it and I love consuming it.” – Lenard Poulter

As founder of the hugely successful Lenard’s franchise, Lenard Poulter is one of the pioneers of value-added food retailing in Australia. With 30 years at the helm of Lenard’s, over 50 years as a retailer, winner of the 2002 Entrepreneur of the Year Award and an inductee in the Franchise Hall of Fame, Lenard is a commanding and engaging speaker who also has a unique, down to earth nature. He can speak to a group of high-powered CEOs as naturally as a room of teenagers needing motivation to achieve.

Len has invaluable knowledge of food, franchising, start-ups, corporate structures and retailing, and above all else he is personable, passionate and humorous. He has proven knowledge in predicating consumer habits and staying ahead of the market. He understands that you must change to stay ahead and has reinvented the humble chicken time and time again, with the business undergoing three successful turnarounds in its 30 year history, a rare feat for any business.

Len first discovered his passion for food half a century ago, amid the smells and sounds of the Victoria Markets in Melbourne. After pursuing an early career as a butcher in one of the world’s toughest retail centres, Len decided to travel and further his education in general food retail, culminating in time spent in London working on the meat displays in Harrods.

Having witnessed an extensive range of value-added food on his travels, Len returned to discover that the Australian market was yet to address this emerging trend, and set about testing the waters by adding sauces and marinades to products in his own store. The success of the ready-made products, like kebabs and stir frys, told him this was definitely something Australian consumers wanted.

After a short research period, Len determined poultry to be the ideal product, Queensland the ideal location, and franchising the ideal means by which to expand his concept. He subsequently opened and franchised his first poultry store in Sunnybank Hills, Brisbane in 1987.

Lenard's is a business built from the customer's perspective. They are focused on providing three core attributes the customer craves – innovative, delicious chicken meals, quality service and convenience. Since the first store opened in Queensland in 1987, Lenard's has sold more than 500 million chickens, served more than 200 million customers, injected more than $2 billion into the Australian poultry market and won countless retailing awards.

Len now finds time for public speaking engagements and business consulting along with the ongoing development of the company.