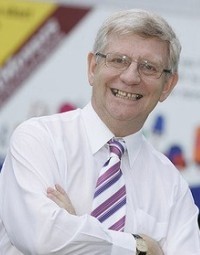 For the first 10 years of Mike's working life he worked for 35 different employers. This background influenced Mike to "do it differently" in business. His business career started with buying and selling goods as a second-hand dealer. Four years later the entrepreneur in Mike surfaced when he launched a short distance furniture removal business. His initial investment of $200 and a Ute, has grown to an annual turnover exceeding $26 million with over 400 employees and 130 vehicles.

Now his removal business moves over 1200 homes and offices a week in Southeast Queensland, Sydney, Melbourne, Adelaide and Perth. His business has been a Telstra Small Business of the Year winner, an Employer of the Year, and on many occasions, have had their training outcomes and systems recognised.

Mike, is Deputy Chairman of the Australian Institute of Management (AIM QLD/NT), and also sits on the Board of Directors of the National Board of the Duke of Edinburgh Awards. He has been on various Government committees including a Small Business Advisory panel to the Governor of the Reserve Bank of Australia.

In 2009 Mike also completed a term as a Commissioner on the Australian FairPay Commission, charged with the responsibility of setting all the minimum pays in Australia. With a passion to help develop more entrepreneurship, Mike has helped/mentored many hundreds of businesses. As a result he has developed some very alternative views of the success factors that drive people and businesses.

To keep his finger on the pulse, Mike also completed a 3 year Masters in Entrepreneurship at MIT in Boston. A serial entrepreneur, today Mike is involved in eight businesses.