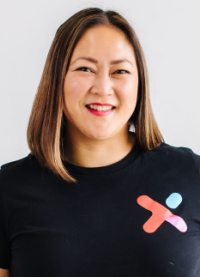 Jeanette Cheah is the Melbourne-based founder and CEO of HEX, a multi-award-winning edtech company founded in 2016 and delivering internationally recognised, immersive innovation and entrepreneurship programs to university students and the next generation of talent.

A globally in-demand corporate keynote speaker on education and innovation trends at events including SXSW for G’day USA and the Women's Economic Forum in London, Jeanette is an advocate for the grassroots nurturing of young leadership talent, start-up mindset, and tech inclusion and diversity in business.

A true global citizen, Jeanette was born in Honolulu to Chinese-Malaysian parents. Her family then emigrated to Australia when she was a preschooler. Jeanette’s world expanded even further when an academic job opportunity saw the family do a stint in Japan. Further international travel throughout her youth has allowed her to bring a truly global mindset to her role as visionary and mentor.

HEX is revolutionising the delivery of educational programs worldwide. Through its affiliations with some of the world’s leading tech companies and most exciting startups, including Google, Atlassian, Zendesk, and Culture Amp, the company has led dozens of tertiary-accredited virtual and in-person programs to positively impact thousands of young people globally and connect the next generation of leaders to Silicon Valley, Tel Aviv, Singapore and beyond.

Her advocacy work has led to volunteering for the League of Extraordinary Women, Code Like a Girl, and Pause Fest, and the 2019 ‘Women In Tech Global Ally’ Award in Lisbon, Portugal.

Your session made my morning (my month, my year...)!! It was so refreshing, and thank you for an amazing start to the BUTEX winter workshop!

Jeanette has wow factor! Her delivery was brilliant to convey her messages, both interesting and enjoyable.

You were a really engaging speaker, and I loved hearing about your experience in both the corporate and entrepreneurial world. Your analysis of macro trends and how individuals can tailor their personal skills to what is in demand according to context and the needs of industry was really helpful.