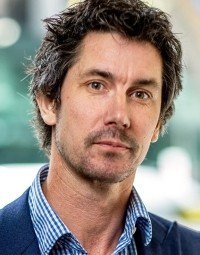 From scaling some of the highest mountains in the world, to working with Richard Branson on the future of philanthropy, exiting his business for $109m and captaining Australia in the World Elephant Polo Championships, Creel Price is the high-octane adventurer at the forefront of a movement he has dubbed The Entreprenaissance.

Launching his first business at age 11 selling strawberries in rural New South Wales, Creel had launched another seven ventures before finishing high school and a further two at university. At age 25 he then co-founded Blueprint Management Group with just five thousand dollars, which he grew to 1,000 employees, selling a decade later for $109 million.

Since then, Creel has dedicated his time to holistically fostering entrepreneurship on a global scale. Creel is a rare mix of successful practitioner, educator and theorist when it comes to entrepreneurship. Developing aspiring entrepreneurs from age 8 right up to 80, Creel’s Club Kidpreneur Foundation has inspired over 8,000 school-aged children to raise more than $350,000 for charity through their own micro-businesses. He also founded global startup generator Investible which simultaneously develops entrepreneurial talent and has reinvented the way businesses are funded and grown through pre-IPO investment.

A passionate believer that in today’s world ‘for profit’ and ‘for purpose’ should be one and the same, Creel has worked with social entrepreneurs from all corners of the globe including micro-enterprise initiatives in the Papua New Guinea highlands, tomato farming cooperatives in Zimbabwe and long-term offenders in the Melbourne prison Ssstem. At the United Nation’s Global Accelerator in New York, Creel joined international thought leaders to design new ways for entrepreneurs to contribute to addressing the post-2015 Development Agenda.

Since 2011 Creel’s Decisionship methodology has formed the core curriculum at the Branson Centre of Entrepreneurship in South Africa where, true to his educational style, Creel runs annual bootcamps teaching his business principles through mountain climbs, orienteering and campfires. Creel was Founding Director of Global Ethics Australia, which has funded over $5 million worth of Play Pumps in Africa from sales of One Water worldwide. He is author of best selling business book The One Thing to Win at the Game of Business and is an in-demand keynote speaker globally.

It is his dedication to using the power of business to drive significant leaps forward for mankind that lead Sir Richard Branson to describe Creel as “the living, breathing definition of an entrepreneur” in his book Screw Business as Usual.

Thank you again for the presentation you gave to IAG's Corporate Office on the 'Seven Deadly Sins of Innovation'. Your presentation was thoroughly entertaining, insightful and thought provoking and the feedback from participants has been overwhelmingly positive. We particularly appreciated your willingness to make yourself available for numerous briefings ahead of the event, and the seamless way in which you were able to tailor the content of your presentation to maximise its relevance in an IAG context. We can't imagine a better way to have relaunched our innovation programme!

Thank you on behalf of CPM for your participation and excellent contribution to what was undoubtedly one of our most successful conferences. The response to your presentation has been quite fantastic. I don't know anyone who was not totally engaged, entertained, stimulated and, appropriately, positively influenced by your story. We couldn't have asked for a more fitting and lively kick off to the conference.

Thank you for the knowledge, enthusiasm and insight you shared last week at our event. The feedback from the audience was fantastic. You completely nailed the event in terms of connection with the audience and a compelling message. It was a real pleasure to work with you.