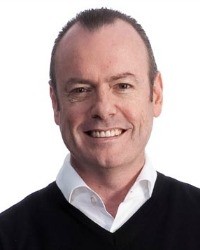 Vision, clarity of purpose, innovation - all are hallmarks of the successful entrepreneur. However, these typically mature attributes are less commonly found in young business people, making Don Meij's achievements all the greater.

From pizza delivery driver to the Chief Executive Officer of a multi-million dollar company, Don has taken Domino’s Pizza to a position of strength across Australia and New Zealand.  Don inspires audiences by telling his highly motivating story of success as a CEO, growing business though franchising and leadership.

After starting as a pizza delivery driver in 1987 in Redcliffe, Queensland, for Silvio's Dial-a-Pizza ("Silvio's") while studying to be a high school teacher, Don fell in love with the business and slowly worked his way up the ranks in the following years. Future positions Don held in the company included; Store Manager (1989) followed by Area Manager, State Operations Manager and Director of National Operations (1991-1993). In 1993, Silvio's purchased Domino's in Australia and Don became General Manager. The Domino's and Silvio's brands were operated separately.

In 1996 Don became a Domino's franchisee and built a network of 17 stores, before vending his stores into Domino's in 2001 to become Chief Operating Officer (2001) then Chief Executive Officer (2002). In May 2005, Don led Domino's to become Australia's first publicly-listed pizza chain on the ASX.

In 2012 Don celebrated 25 years with the Australian owned and operated pizza business and largest Domino's franchisee for the international brand in the world.

He much prefers to go by the role of Chief Enthusiasm Officer bringing to life the wise words from business leader Howard Shultz 'expect more than others think possible'.

When asked what his favourite pizza is he says it's almost like picking a favourite child, he loves them all equally but today it's definitely the trusty faithful Pepperoni on thin crust.