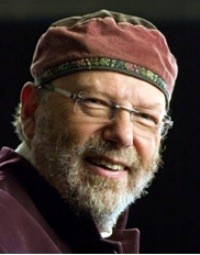 He’s a rock and roll legend, an author, an Australian journalist, award winning travel writer and the only man in history to have won the title of ‘Rock Brain of The Universe’ three times.

Born in 1952, Glenn A Baker’s tumultuous childhood was no match for his tenacity and determination to succeed. Despite little education and no support, Baker quickly established himself as a hugely successful band manager, concert promoter and even editor of Billboard magazine for over 20 years. With over 500 albums under his belt – and inducted into the ARIA Hall of fame Glenn A. Baker is true Aussie rock royalty.

He was the winner of the inaugural Australian Travel Writer of the Year Award in 1995; a title which he won again in 2000 after being the runner-up in 1999. A visitor to more than a hundred countries, he is also a recipient of a PATA Award for travel writing. He was seen regularly on TV's Mornings With Kerrie-Anne on the Nine Network.