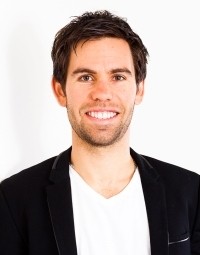 Brad is the founder of braaap Motorcycles. “braaap” is the only Australian motorcycle company and one of the country’s most exciting emerging brands. braaap has been named National Retailer of the year for four years. The multi-million dollar company has grown exponentially in what others say is the world’s toughest time for the economy.

Smith was knocked back by over 50 manufacturing plants and 20 banks/financiers during the start-up of braaap. He is the son of parents who came from government housing, and had no financial help or experience. This is a story of persistence, faith and courage.

Brad takes you on his journey and shares the stories and tools he used and still uses to lead and inspire his team, measure, question and grow his company into the multi-million dollar award winning company it is today.

“Getting laughed out of the office of over 50 motorcycle manufacturing plants taught me some hard and fast lessons about sharing vision and persistence,” he said.

Nine years on, braaap works with major manufacturers from all over the world to produce arguably the best motorcycle of this type. It’s the only dirtbike on the planet with lifetime warranty and the first production bike to win a title at the World championships.

braaap has grown into a multi-million dollar, multifaceted empire as a manufacturer, a distributor, company owned retail network, franchise system, dealership network, online retailers and of course the consumer lending company Brad created to make the cost of buying a motorcycle more accessible with low weekly payments from $3 a day.

An admirable example of drive, passion and an appetite for growth, he will revolutionise the way you navigate growth and solve problems in your business.

I first met Brad at the CBA sponsored Small Business Champion Awards in 2008. Brad was the winner of the Young Entrepreneur of the Year. Brad has a level of vitality and 'can do' approach that is infectious. He has the ability to engage at all levels and inspire others to take up and make his, and others, dreams a reality. His community engagement is extraordinary. I would encourage anyone who has an opportunity to work with Brad to take up the challenge and enjoy the ride!

Brad was more than just excellent, he was unbelievable. The whole room was captivated by his presence. The room was buzzing with so much energy when he finished, the feedback I have received has been nothing but rave reviews. He was extremely professional and keen to assist where necessary. I would definitely recommend Brad to any group.