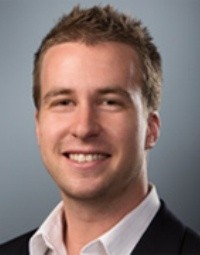 As a university drop-out, Jack has created two multi-million dollar businesses, MBE Education and The Entourage.

In 2007, Jack co-founded MBE Education, a company that would help entrepreneurs raise money from investors and sell their business.

MBE quickly became one of Australia’s fastest growing companies [SmartCompany StartUp Awards 2009] and by the time he was 22 MBE was doing over $1 million in annual revenue. In the coming years MBE would assist their clients in raising hundreds of millions of dollars from investors.

Today Jack's focus is on educating and developing a new breed of entrepreneur through his business education institution, The Entourage. The Entourage is Australia’s largest educator and community of entrepreneurs under 40, with over 60,000 Members around the world. It was born out of a dissatisfaction when Jack kept receiving feedback from other entrepreneurs that there was nowhere to go to get real business education delivered by people with ‘been there done that’ experience.

Educating entrepreneurs where they are needed most, he also contributed to the development of the curriculum at the Branson Centre of Entrepreneurship in South Africa.

The much anticipated release of Jack’s book “UnProfessional – How a 26 year-old university drop-out became a self-made millionaire” saw Jack climb the charts and achieve “Best Seller” status within 3 weeks of launch. Today UnProfessional is sold in seven countries around the world.

Jack has spoken for and been engaged as a thought-leader for brands such as Microsoft, AMEX, Virgin and CPA on the topic of business growth and performance.

Today he is a spokesperson for entrepreneurship in Australia as a regular blogger for Sydney Morning Herald, The Age, Start Up Smart, Dynamic Business Magazine and AMEX. He has also been featured in BRW, GQ, Career One, Fitness First Magazine, Channel 7, Channel 9, Channel 10 News, Sunrise, The Morning Show, Sky Business and was on the cover of Central Magazine.

In 2013 Jack founded The Entourage Foundation which is igniting a generation of enterprising young people to drive Australia forward by delivering business education through high-schools nationally.

In recognition of his successes, Jack has been listed as one of the top 10 entrepreneurs under 30 in Australia in the Dynamic Business Young Guns and in SmartCompany’s Hot 30Under30. He has also been listed four times in Australian Anthill’s 30Under30 Publication.

Jack’s Young Gun Blog on Sydney Morning Herald was named in the Top 25 Business Blogs in Australia by Smart Company.