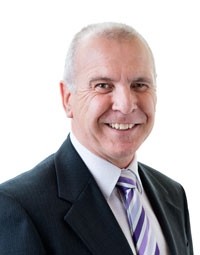 Ian’s leadership experience spans over 35 years and includes board and senior leadership positions in public and private companies as well as charity, housing and sporting nonprofits. Ian is currently the Vice President of the Australian Centre for Philanthropy and Nonprofit Studies Alumni, Director of Child Accident Prevention Foundation of Australia, President of Kidsafe Queensland and is an author and CEO mentor. In 2017, he was the South East Queensland Community Leader of the Year. He is also a former military Officer.

Ian Coombe grew up in a traditional family with an older brother and younger sister. As a middle child, trying to gain advantage was a quest that thrilled him! Good decisions were critical, yet poor decisions offered frequent learning opportunities!

One fateful decision nearly cost him his dream career and four years of sacrifice. Yet at that same moment, another decision proved key to his life passion.

Helping people make better decisions that achieve great things is his passion. He has:

To help yet more people make decisions for superiority, he has produced a how-to book, speaks professionally at international and corporate conferences, conducts workshops for aspiring groups and in a very few cases, provides one-on-one coaching.