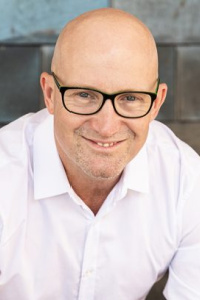 “I’ve just got to get the job done” – at least that is what Anton Guinea was telling himself.  Anton was a young sparky eager to impress and he decided to rush a job that didn’t need rushing. He was trying to save five minutes but, when a switchboard blew up in my face - BOOM – he went home from the intensive care and burns units about five weeks later.  The stress and pressure Anton put on himself had caused him to make a silly, but almost fatal, error. But why? Because he wanted to look good, and he wanted to get praise for it. This was an example of how even the pressure we put on ourselves can lead to poor decision making.

Fast forward 10 years, and Anton found himself in a much more stressful role. He was now the Maintenance Superintendent in a smelter. He was working for someone who couldn’t control their emotions. Every time it got stressful, this person went BOOM. They were abrupt, aggressive, and even abusive. But he had a high stress job, right? Flying off the handle was considered business as usual and, apparently, that was okay. Everyone else tolerated it, so he had to too. For Anton it always hurt to be yelled at, and he never believed stress is a reason to hurt other humans. He didn’t stay there long. This was an example of how poor leadership under pressure can destroy someone’s confidence.

Many years later, on May 25, 2021, Anton was on an industrial site that had a major event. The plant went BOOM. Literally. People really did fear for their lives and those of their colleagues. Observing how well the response to that incident was managed completely changed Anton’s life and his approach to leadership. The site leaders stepped up. They stayed in control of their emotions and the situation. They had the courage to make tough decisions, and they cared about the hundreds of affected people. It was quite profound to watch the manager and CEO take charge, take control, and take care. They demonstrated how, and why, strong leadership under pressure is so important. And how to do it well. This was an example of how great leadership under pressure can literally save lives.

These three experiences added up to one monumental lesson: Leadership under pressure is about emotional and situational control. It is about caring for people and courageous decision making.

The difference between you and all our other speakers is that you also deliver leadership and coaching programs, so you are always going to have a different edge in your delivery approach and knowledge base. You are a natural born presenter and great with a group of people. I really like the way you focus your talk around Attitude, Behaviour, Consequences (ABC). Your ability to engage the audience, speak to them and not at them, find out names and sometimes their story ... is fantastic.

C And B Safe Speakers