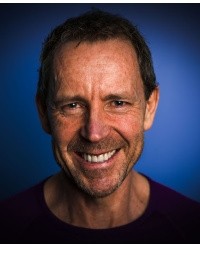 Cameron Schwab was appointed CEO of the famous Richmond Football Club at age 24, the youngest in the history of the game. He then spent the next 25 years as the CEO of three AFL clubs, the second longest serving CEO in the modern game.

The CEO roles Cameron took on all had something in common. The clubs were at their lowest ebb, uncompetitive on the field, and facing massive financial, structural and strategic challenges off it, which, in combination, threatened their survival.

The AFL is an unforgiving, unrelenting and often ruthless environment. Progress is hard-won, but in all cases, the fortunes of the clubs Cameron led were restored, both on and off the field.

A measure of his legacy is the fact that Richmond, Melbourne and Fremantle are now, by any measure, vibrant, financial and highly competitive clubs. Their supporters can look to the future with great hope and optimism.

Cameron has channeled his deep experience in leadership in professional sport and business, mentoring CEOs, senior and emerging leaders and their organisations across many industry sectors, those seeking to build high levels of cultural, strategic and leadership trust as the basis for sustained high-performance.

Cameron is also an artist, and there is a compelling creativity and originality in his storytelling and speaking. He explores the deep personal and professional challenges he faced as a leader, his openness, vulnerability and generosity creating a powerful connection with his audience, who will be reaching for their notebooks to record the insights and wisdom from a fully lived leadership experience.

Cameron’s leadership workshop was one of the best I’ve been to. Practical and clear frameworks for leadership, with authentic and powerful delivery. Cameron’s experience as a leader in an elite sporting environment provides a unique perspective to leadership that I wish was taught more broadly. And a masterful storyteller!

Cameron is authentic and real. He is also a great thinker who has been able to turn his experiences, both good and bad, into a practical toolkit that you can arm yourself with to succeed in leadership. In one training session, Cameron succinctly described the lessons that it took me 12 years to learn in business. But not only that, Cameron is all about implementation - the practical outworking of leadership skills in a tailored and achievable way.”

Cameron absolutely smashed it out of the park. His presentation opened up the rest of the event to being authentic, which became the catch-cry for our retreat. He is world-class and will deliver outstanding content that is practical, unique and delivered with vulnerability and authenticity.