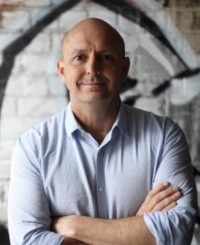 Dr Richard Denniss is a Chief Economist and a former Executive Director. He is a prominent Australian economist, author and public policy commentator, and a former Associate Professor in the Crawford School of Public Policy at ANU, Richard was described by Mark Kenny in the Sydney Morning Herald as "a constant thorn in the side of politicians on both sides due to his habit of skewering dodgy economic justifications for policy". The Australian Financial Review listed Denniss and Ben Oquist as equal tenth-place on their 'Covert Power' 2018 list of the most powerful people in Australia.

Denniss was Senior Strategic Advisor to Australian Greens Leader Senator Bob Brown and was also Chief of Staff to Senator Natasha Stott-Despoja, former Leader of the Australian Democrats. He was also a Lecturer in Economics at the university of Newcastle.

He is a prolific writer with regular columns in the Australian Financial Review and the Guardian as well as writing regular essays for The Monthly. He has written five books including Affluenza: When Too Much is Never Enough (with Clive Hamilton), An introduction to Australian Public Policy (with Sarah Maddison), Minority policy: rethinking governance when parliament matters (with Brenton Prosser) Econobabble: How to Decode Political Spin and Economic Nonsense, Curing Affluenza: How to Buy Less Stuff and Save the World and the June 2018 Quarterly Essay, Dead Right: How Neoliberalism Ate Itself and What Comes Next.