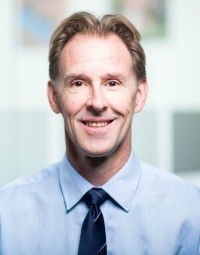 David Cropley is an international author, researcher and consultant in creativity and innovation, specialising in helping people and organisations to unlock their idea generation and problem-solving capabilities. David’s expertise is based on a deep understanding of the psychology of creativity and innovation, coupled with real-world experience in technology and engineering. David has worked with organisations in North American, Europe, Asia and Australia, guiding them through the complexities of value creation in an ever-changing and challenging world.

David Cropley is Associate Professor of Engineering Innovation at the University of South Australia. Dr Cropley joined the School of Engineering at the South Australian Institute of Technology (SAIT) in 1990, after serving for four years in the United Kingdom’s Royal Navy, including deployments to the Middle East. Following the establishment of the University in 1991, he completed a PhD in Measurement Systems Engineering in 1997, and a Graduate Certificate in Higher Education in 2002.

Dr Cropley was Director of the Systems Engineering and Evaluation Centre (SEEC) at the University, leading a team of engineers specialising in research and education in the field of complex defence systems. Then leading into, SEEC was transformed into the larger Defence and Systems Institute (DASI), where he was Deputy Director.

Dr Cropley has taught a variety of courses on engineering, creativity and innovation and has facilitated creative problem-solving workshops for various organisations.

Dr Cropley is also a keen rower and has set two world records in indoor rowing in his age group – in 2010 for a 24-hour tandem row, and in 2012 for a tandem 100km row. Dr Cropley is recognised for his ground-breaking research to identify and measure factors within an organisation that foster innovation. David is Chief Scientific Officer at a company which uses a tool he developed with the University of South Australia to help organisations improve their innovation.