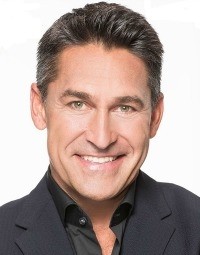 Jamie Durie is an award-winning international designer and author, with over two decades of design experience.

Since launching his own design business, Durie Design, in 1998, Jamie has received more than 33 international design awards, while building a strong reputation as one of the most knowledgeable and innovative designers in the industry.

Durie Design was born in the field of landscape architecture, giving the practice the foundation of its design philosophy. Today, Durie Design has evolved into a multi-disciplinary design practice, specialising in the areas of architecture, interior design, landscaping, and Jamie’s greatest passion – furniture design.

A gifted designer, Jamie’s first furniture collection was created over a decade ago in 2003 and has since retailed in more than 200 department stores throughout Australia. After a successful launch in Europe, Jamie’s collections continue to sell today in over 16 European countries. This includes his collection for the renowned Milan-based furniture manufacturer RIVA1920, which launched in 2013, with a second collection launched in 2016. With over two decades in the industry, Jamie and his team have become famous for creating seamless transitions between the indoors and out. In all of his designs, Jamie’s key focus is enabling a greater connection to the outdoors in a carefully considered environment where furniture takes inspiration from nature.

In addition to his design work, Jamie is also a passionate and committed environmentalist. At present, Jamie works with numerous environmental organisations dedicated to conservation and sustainable design practice. In honour of his work in the area over the last two decades, Jamie was awarded the Medal of the Order of Australia in 2013 for Services to the Environment & Design, while in 2004, he received the Centenary Medal for Services to the Environment, Television, and the Community. A committed and passionate environmentalist, Jamie has greatly impacted the face of landscape design, inspiring a whole new generation to rediscover their gardens again by showing them how to truly live outdoors.

On top of his dedication to his environmental work, Jamie has also managed to author several best-selling books, including Jamie Durie’s The Outdoor Room, Outdoor Kids, Patio: Garden Design & Inspiration, and Edible Garden Design, amongst many others. Jamie’s books aim to introduce readers to the art of landscape and interior design, sharing his knowledge and passion in a way that both educates and inspires.

As well as this, Jamie has also hosted over 52 prime-time design shows on television, airing in over 90 countries worldwide. Since his role on Oprah – where he made regular appearances as a celebrity designer – Jamie has also hosted The Outdoor Room and Green Home TV, amongst many others. His latest original TV series, Outback Nation, airs on the FYI network and features Durie transforming chaotic outdoor spaces into stunning backyard sanctuaries.

Jamie is currently based in both Sydney and LA, where he continues to do what he loves – creating beautiful, innovative and sustainable designs both inside the home and out, and connecting people with the environment around them.

Jamie was the perfect choice for our event. He was very professional, incredibly motivating and inspiring and had a fabulous amount of energy for such a busy person. He has achieved much success in his career and this was a positive message for our staff, to drive them to follow their dreams and win!!